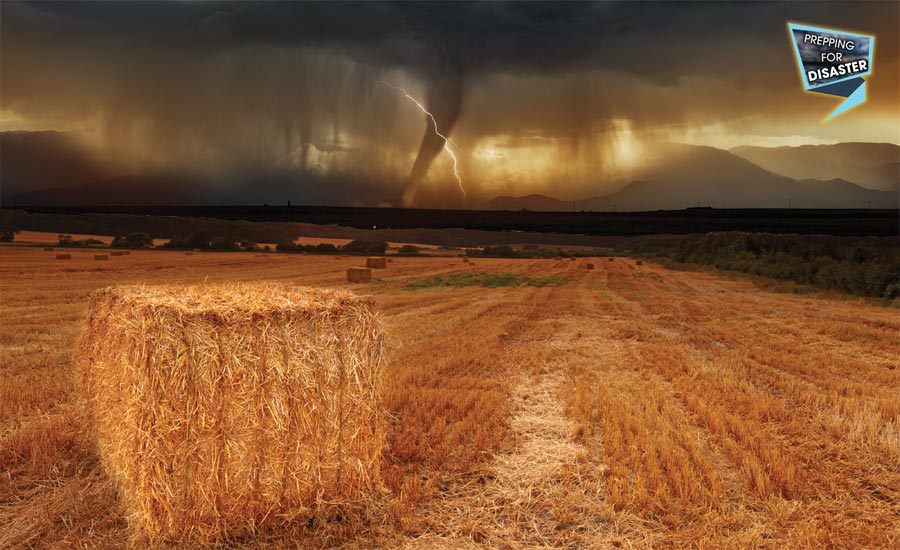 Shortly after graduating from college, I spent the better part of four years living on a horse farm in rural Southwestern Pennsylvania. In addition to working as a national account manager for the 84 Lumber Company. I spent my spare time mucking stalls, feeding horses, mending fences, and making hay on the farm in exchange for rent. The digs were modest but the beer was free. And every Sunday the owners would invite me up to the big house for a home-cooked meal. Most of the work was hard on the back but easy on the schedule. It was generally a nice routine, except for the summer hay season, because when the sun is shining you drop EVERYTHING and make hay.

For those not familiar with the idiom at hand, let me explain. Making hay is a three-step process: cutting, drying and baling. Square bales, in particular, require near-perfect weather conditions during the period of time from cutting to putting it up in the barn. If the hay is too wet when it is baled, it can mold during storage, or even worse. Spontaneously combust causing a fire in the barn—neither of which is a desirable outcome. Consequently, when the hay fields are ready and the weather is right, the farm turns into an impressive and efficient production with one goal in mind: get as much hay in the barn as possible before the next rain. Hence the saying, “make hay when the sun shines.”

According to Property Claims Services (PCS), a Verisk Analytics company, a catastrophe, or CAT, is defined as any event that causes $25 million or more in insured property losses and affects a significant number of policyholders. In 2016, there were over 40 CAT events totaling more than $17 billion in damages. This doesn’t include losses from Hurricane Matthew, which will make 2016 the largest year for property losses in the past decade. While most rational folks would consider this tragic, those who make a living in restoration might consider it a windfall of opportunity.

Despite these impressive statistics, many restorers are still mulling over their year-end income statements, wondering where all the money is. It sure felt busy during those events, and many boasted waiting lists and more phone calls than they could handle. But what about the rest of the year? If you take away the CAT events, I would be willing to bet that the average monthly project count was probably down for most. The prospect that the disaster restoration industry is becoming feast or famine is probably a discussion for another day. However, all restorers must face the reality that the business is largely event-driven, and when those events occur, they must act with the same sense of urgency as the hay farmer. If they don’t, they won’t have enough reserves in the barn to survive the winter.

The first misconception of catastrophe work is equating it with storm chasing. Restorers don’t always have to travel to make the most of these events. With few geographic exceptions, they will occur with increasing regularity in home markets all over the country. The only problem is the prediction. For most, it can only be as predictable as knowing when winter, tornado, monsoon, or hurricane season occurs. The events themselves generally strike without much warning, making preparation the key to capitalization.

Planning for an unimaginable amount of work can be a difficult concept to embrace. Anyone who has been through something like this could give you a laundry list of would’ve, should’ve, could’ve scenarios. They will also attest to the importance of understanding priorities as they relate to the company’s ability to maximize profitability from such an event. These priorities are unequivocally the following:

Those with CAT experience quickly come to the realization that it is not business as usual in these situations. Resources will be stretched to the limit, and normal roles and responsibilities of positions within the company will need to be modified or completely altered. To accomplish this, I recommend the creation of a virtual organization that comes into existence only during CAT events. Key positions within this new company include the director of catastrophe services, first responders, a resource manager, production manager, and clerk of the works (COW).

The director is the quarterback and calls all the plays. The first responders are the first on-site to sell the job, set the scope, and determine the resource needs. The resource manager is the hub of procurement for all materials, labor, and equipment. The production manager sets the schedule and allocates the resources. The COW ensures that documentation and compliance for billing kept in order.

In consideration of this temporary operating model, it is important to note that careful thought needs to be given to the personnel used in each of the virtual roles. The model needs to designed for efficiency and productivity. Taking advantage of the inherited strengths of the individuals as they relate to the roles and responsibilities needed critically important. This means a senior manager or project manager may have to take direction from someone they don’t usually report to and vice versa. This model leaves little room for personal agendas or unhealthy egos.

Once the framework of the CAT team determined, concrete procedures need to be established for each phase of the service delivery. This is where a clear understanding of the priorities comes in handy. Because the protocol established in the plan may be significantly different from that of everyday business. Looking at it from a speed and efficiency standpoint, the framework for an assembly line method of processing the projects becomes very clear. And can be broken down into four basic phases: intake, sales, work, and billing.

On the intake side, requests for service should be accurate and swift, so ample staffing needed. The information gathered needs to focus not only on what is necessary to get a crew on site. But also on what is pertinent to the priorities established above. This information used by the director to ultimately make decisions on where the project falls on the waiting list.

The sales end of things is straightforward: get to as many projects as possible in the most efficient manner. The key to accomplishing this is keeping the team of first responders in a tight geographic area. Inspections need to be kept short and to the point. Scope the damage, give the customer a good faith estimate, sell the job, and move on to the next project. Perhaps the most valuable thing this team can do, aside from signing up for the job, is to make sure they set appropriate and crystal-clear expectations with the customer. Nothing can screw up the production side of things more than overcommitting on the wrong project.

When it comes to doing the work, the most efficient production model I have seen in CAT situations is to specialize the crews. Assign different crews for each of the primary production activities during mitigation. Break them up into water extraction, demolition and debris removal, and equipment monitoring/pickup/delivery. One of the greatest benefits realized from this setup is the ability to swap members of the crew from one function to the other. To give them a needed break during an event that lasts for an extended period. This is hard work, and the days are long. Pulling a technician off demo duty to monitor, pickup, and deliver equipment—even for a day—can put a little wind back in their sails.

All of the activities in the process come together in the billing, and the billing is only as good as the documentation—hence the need for the clerk of the works. In my 15 years of CAT experience, I can attest that the job of the COW is one of the most undervalued functions during an event. The financial impact of funding all the work is significant. And in many cases, exceeds the operating capital available to many contractors. The ability to process timely and accurate invoices for the work completed not only alleviates painful cash deficits. But lessens the burden of collection efforts that can tie up resources for months afterward.

It has been said that the only thing a project manager can control is the schedule. However, when you work in an emergency-driven business and are inundated with demands, the schedule is dictated to you. The next best thing is to have a stockpile of resources behind you. Having labor, materials, and equipment in abundance during a CAT can be a restorer’s greatest advantage. Speaking from experience, everyone is your friend when you don’t have an immediate resource need.

But, when you’re on a job site without power, dumpsters, or the 25-sets of hands necessary to get the job done. Those “friends” develop sudden cases of amnesia. Comfortably prepared for a modest CAT in your area. I would recommend having agreements in place with at least three equipment rental companies. Five labor sources, two material suppliers, and three other restoration contractors closely outside your service area. This creates a scalable option, allowing you to execute a volume of work in short order.

According to the agricultural folks at Penn State University, an acre of land will yield between 65-150 square bales of hay per cutting. Depending on location, soil quality, fertilization, grass type, and other factors. There are many variables that can go into the equation on the harvesting side as well. All of which have a direct impact on how many of those bales actually make it into the barn. The one constant that changes very little is a third of a bale that a 1,100 lb. horse eats each day.

Restoration is a fun but funny business. It is filled with peaks and valleys, the demand comes in waves. And there are just as many, if not more, variables than in farming. The similarities, however, are strong. Weather is a driving force, time is never in surplus. And the sense of urgency is always necessary if the yield is going to be worth the effort. Occasionally, however, there are those glimmering gems of opportunity to put a bumper crop in the barn. That’s why we make hay when the sun shines.

The Shift to Automation in Cleaning