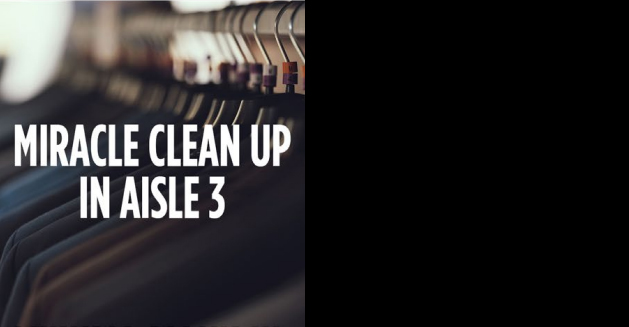 Okay, picture this – there was a “Big Box” department store that had a small fire in the men’s department. Strong smoke odors were contained to that one part of the store, but the general manager did not want to close the store (it normally stayed open 24 hours) and he didn’t want to give up any of the smoky men’s wear. So, while all other departments stayed open, the contents valet  built a 30,000 cubic foot plastic tent around the entire men’s dept., put all the suits inside and activated a powerful deodorizing compound in the form of a gas inside the tent – while customers kept on shopping all around it!

The contents valet also used the same compound in liquid form to clean and deodorize the floor, shelving, and other hard, non-porous surfaces to clean, disinfect and deodorize. This tent was sealed at about 1 in the morning, but just six hours later, the tent was removed, the place was aired out and the department opened for business! No kidding!

The General Manager went around sniffing various items and could find no smoke odors at all. The valet did not use ozone (they would have had to clear the store). They didn’t take days to get the items to a dry cleaner. The entire job was completed in 7 hours.

Call us and we will tell you more about our new miracle cleaner-disinfectant-deodorizer.