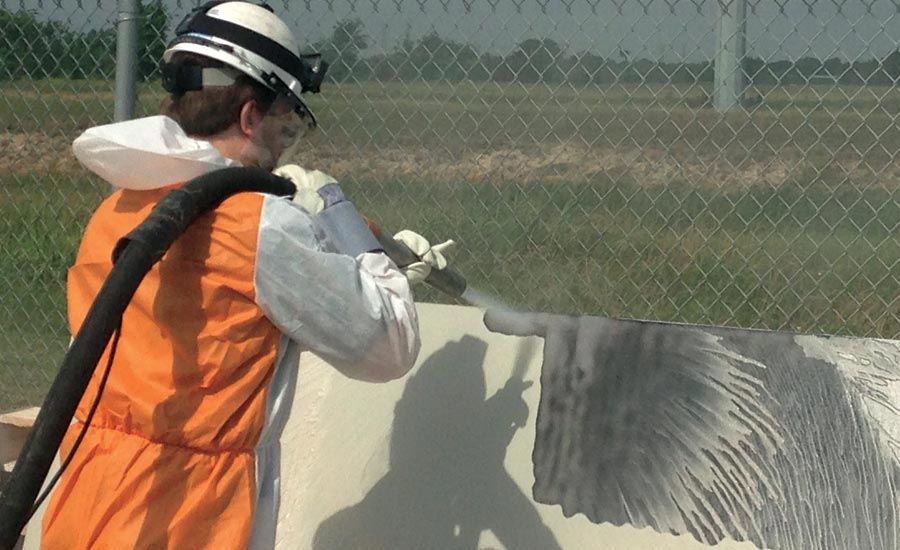 Sodium Bicarbonate (“Baking Soda”) has a long and established history. In 3500 BC, Egyptians used Natron, which was primarily made of Sodium Carbonate. This use as a cleaning agent as well as to make mummies. Sodium Bicarbonate, also called Soda Ash, was first produced in 1791 by a French chemist Nicolas Leblanc. In 1843, Alfred Bird refined Soda Ash to make the first version of baking powder. In 1846, Dr. Austin Church and John Dwight, both New Englanders, made a product that would become a household name, Bicarbonate of Soda and later, ARM & HAMMER™ Baking Soda.

Baking soda has since uses as a leavening agent in cooking, a mild disinfectant, and deodorant. An antacid, a skin balm to treat itching, in toothpaste, a cleaning agent, and as a cattle feed supplement. It is benign if ingested, inhaled, or if it comes into contact with skin, and for over 30 years, Sodium Bicarbonate use in soda blasting.

Soda blasting began in 1986. For its 100th anniversary, the Statue of Liberty underwent an enormous restoration project. During the restoration, Church & Dwight Co., Inc. maker of ARM & HAMMER™ Baking Soda, was contacted by the engineers looking for a way to remove the final two interior coatings of coal tar without damaging Lady Liberty’s delicate copper skin. Through trial and error, the engineers tested many different blasting abrasives. And discovered that Sodium Bicarbonate had extraordinary cleaning and coating removal properties all while not causing any surface damage. Over 100 tons of baking soda used to clean Lady Liberty, and baking soda quickly became a blasting media of choice.

Soda blasting is an environmentally-responsible method to remove coatings and contaminants from a variety of substrates. Whether the job is a restoration project or cleaning a surface for a new coat of paint, soda blasting offers a gentle yet effective way to clean, remove paint, and degrease a wide variety of substrates including steel, lead, aluminum, alloys, plastics, rubbers, composites, and masonry materials.

The primary environmental concerns relating to abrasive blasting pertain to dust emissions and debris containment and disposal. Traditional blast media such as sand emit crystalline silica, which recognizes as a hazardous air pollutant in a number of U.S. states. Commonly-used smelter slags, such as coal, copper, nickel, and iron, while low in silica content, contain a variety of heavy metals that are released into the air during blasting and pose a danger to the environment after their disposal.

Chemical strippers, meanwhile, typically contain phenols, methylene chloride, and a range of other hazardous solvents. These solutions highly toxic, and both the spent stripping agent and the rinse water used to clean the substrate are regarded as hazardous waste and must be disposed of accordingly.

Sodium Bicarbonate, by contrast, carries a “0” rating under the U.S. Hazardous Materials Identification System, meaning that it is non-hazardous, non-toxic, and biodegradable. As a blasting media, baking soda releases no hazardous emissions into the air. It has a near-neutral pH of 8.2 and, unlike chemical solvents, is neither caustic nor corrosive.

Moreover, baking soda typically creates less waste volume than competing abrasive media. It generally produces less than 20 percent of the waste volume associated with sandblasting for the same level of work. Which makes for easier site clean-up and residue disposal. Since it is not a U.S. Department of Transportation-controlled substance, spent soda can easily convey to a landfill where local regulations require it.

Baking soda’s water solubility gives it further sustainability advantages over other blasting materials. Unlike abrasives that bond with the contaminants that removed, soda allows for separation from the contaminant in a water solution. As opposed to glass or sand abrasives, which do not dissolve. Soda won’t build up in soil or populated areas where blasting takes place.

By dissolving spent soda and filtering out the contaminants, the liquid solution can typically discharge to open waterways or sewage treatment systems. In the case of the latter, baking soda can actually benefit wastewater treatment. Particularly for industrial water treatment systems, in which chemical neutralization can be a major expense. The introduction of soda blast media can help balance pH levels.

Sodium Bicarbonate is non-toxic and non-hazardous. As defined by the U.S. Environmental Protection Agency and the Occupational Safety and Health Administration, respectively. The U.S. Food and Drug Administration classifies Sodium Bicarbonate as “generally recognized as safe”. And in some cases has been approved by the U.S. Department of Agriculture as an A-1 cleaner—suitable for use in areas where it is likely to come into contact with food. As a blast media, baking soda will not produce thermal sparks, flames, or heat build-up. And so can also safely use in explosion-proof facilities, such as chemical plants, grain elevators, and refineries.

From the user’s standpoint, baking soda enjoys a number of advantages relative to competing blasting materials. While baking soda dust can be a mild irritant if it is breathed into the lungs or gets in one’s eyes. It carries none of the risks that are related to human contact with chemicals. And many of the harder abrasives often used in blasting operations.

Unlike chemical cleaning solvents, baking soda blasting does not involve toxic fumes or the danger of skin burns. Similarly, it avoids the respiratory problems and lung damage that can occur from the use of abrasives such as coal, copper, and nickel slag—as well as the risks relating to the trace amounts of toxic metals, such as arsenic, beryllium, and cadmium, that these slags can contain.

Sandblasting, in particular, involves the generation of significant amounts of crystalline silica dust, which has been classified as a human lung carcinogen. It has also been directly linked with the development of silicosis. An incurable disease in which silica dust enters the lungs and causes the formation of scar tissue, reducing the lungs’ ability to take in oxygen.